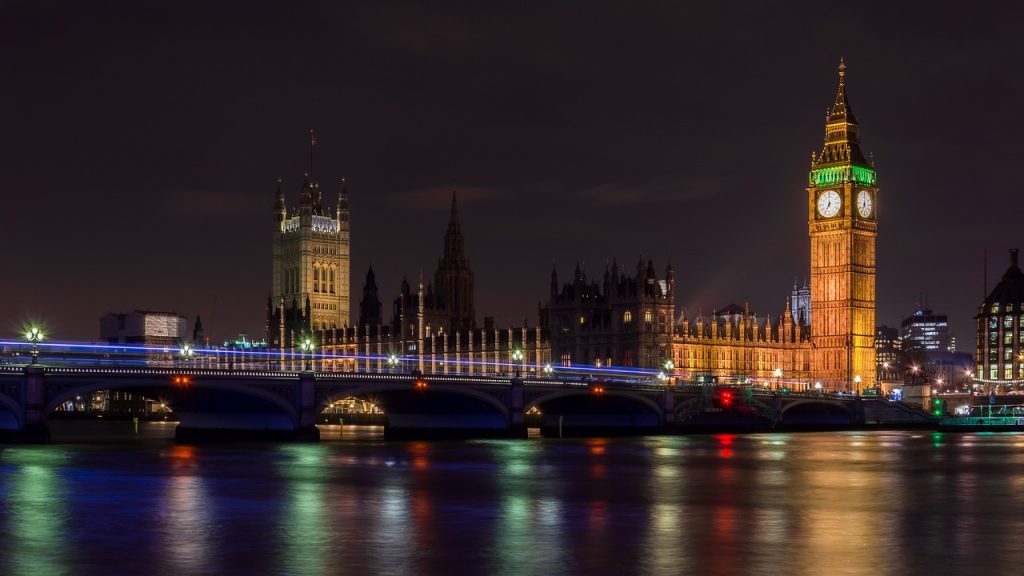 Chrono-nutrition is based on the idea that your digestive system functions slightly differently at different times of the day. For example, in the morning, you may have an “acid wave” after sleeping and waking up. In the evening, you may tend to be more alkaline. To absorb and assimilate the nutrients in your food, it is better to adapt to this daily cycle, at least according to this idea. 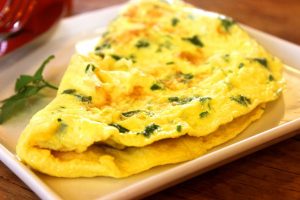 Specifically, this means eating relatively more acid-forming foods, such as protein and nuts, in the morning and at lunchtime, and eating more alkaline-forming foods, such as vegetables and fruits, in the evening. Dr. Alain Delabos, a French doctor, first promoted this idea in 1986. The goal is to optimize digestion. In some circles, this idea has become popular in France, but is little known outside of France. This assumes that you eat three meals a day, wake up in the morning, work or are active during the day, and sleep at night. Chrono-nutrition is similar but more detailed than the ancient advice to “eat like a king or queen for breakfast, like a prince for lunch, and like a pauper for dinner”.

There are various interpretations of this idea. As I interpret it, the guidelines of chrono-nutrition are consistent with food combining. 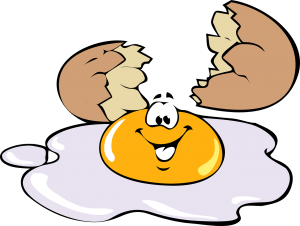 After waking up in the morning, most people are slightly more acidic. Do you ever hear your bones make that slightly cracking sound in the morning? This may indicate pockets of acidity in your bones and tissues. 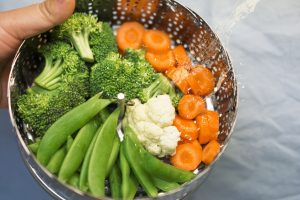 At night, after dinner, you tend to move around less, so you do not use your muscles much. Also, vegetables, fruits, or starch (carbohydrates) becomes sugar in your blood much more quickly than protein. After an increase in blood glucose, you secrete insulin to absorb the sugar from your blood into your tissues. This process can make you drowsy, which is what you want to be before you go to sleep.

You can also notice this effect in the morning. Many people find that if they eat breakfast with orange juice and a croissant, bread, or cereal, then about two hours later in the office they become drowsy and look for their morning coffee to keep them alert or at least awake. This is because the orange juice and bread or cereal quickly increase your blood sugar. This “sugar high” then provokes a secretion of insulin by your pancreas. The insulin lowers the glucose in your blood, leaving you feeling tired or drowsy two to three hours after such a breakfast.

Chrono-nutrition works for many people, but not for everybody. It works for me, but the fact that it works for me does not mean that it will work for you. Do your own research. It costs you nothing to try it for yourself and see. This idea and method are widely promoted in France in the form of youtube videos.

Dr. John Whitcomb does not acknowledge Dr. Delabos, but he interprets chrono-nutrition in his four-minute video here. Chrono-nutrition is related to the idea of chronobiology, which has wider significance than planning your meals. Besides your digestion, your internal clock can affect your optimal sleep.