My healthy vegan friend Francis gave me this recipe. He often cooks himself rice with vegetables, starting with Camargue rice, red rice from the Camargue region of France. This rice may have certain nutrients or minerals that make it particularly nutritious for him and popular with many others.

Be aware that both brown and white rice can have high concentrations of arsenic. To reduce possible exposure to arsenic, you can substitute quinoa, buckwheat, and millet as healthy alternatives.

If you have a choice, red or brown rice can be healthier than white rice, also known as “polished rice”. The milling process that removes the hull also removes vitamins and nutrients from the grain. The acute deficiency of thiamine, vitamin B1, also known as beriberi, was discovered by the Dutch doctor Christiaan Eijkman at the dawn of the twentieth century on the island of Java in what is now Indonesia. Dr. Eijkman clearly observed Christiaan Eijkman observed that chickens fed white rice had their nerves damaged (became paralyzed), while chickens fed brown (unpolished) rice did not. He projected this observation, and he won a Nobel Prize in 1929.

Similarly, Dr. Joseph Goldberger in the earlier twentieth century discovered that the cause of pellagra, a severe deficiency of niacin, vitamin B3, was milled or uncooked corn. The signs of pellagra are diarrhea, dermatitis, dementia, and death. Ironically, both Eijkman and Goldberger suffered the insults of their colleagues who firmly believed that the cause of beriberi and pellagra were infectious, contagious germs.

My healthy vegan friend Francis is not troubled by this history, and he seems to enjoy keeping himself healthy on rice and vegetables, among other recipes. He boils the rice and then adds one half of a chopped onion, chopped carrots and green beans. After the rice is cooked, he turns off the heat and adds soy sprouts, a teaspoon of soy sauce, and a pinch of stevia leaf. You could substitute celery while cooking the rice or cucumbers after you turn off the heat. If you use a pressure cooker, it is quicker to cook. 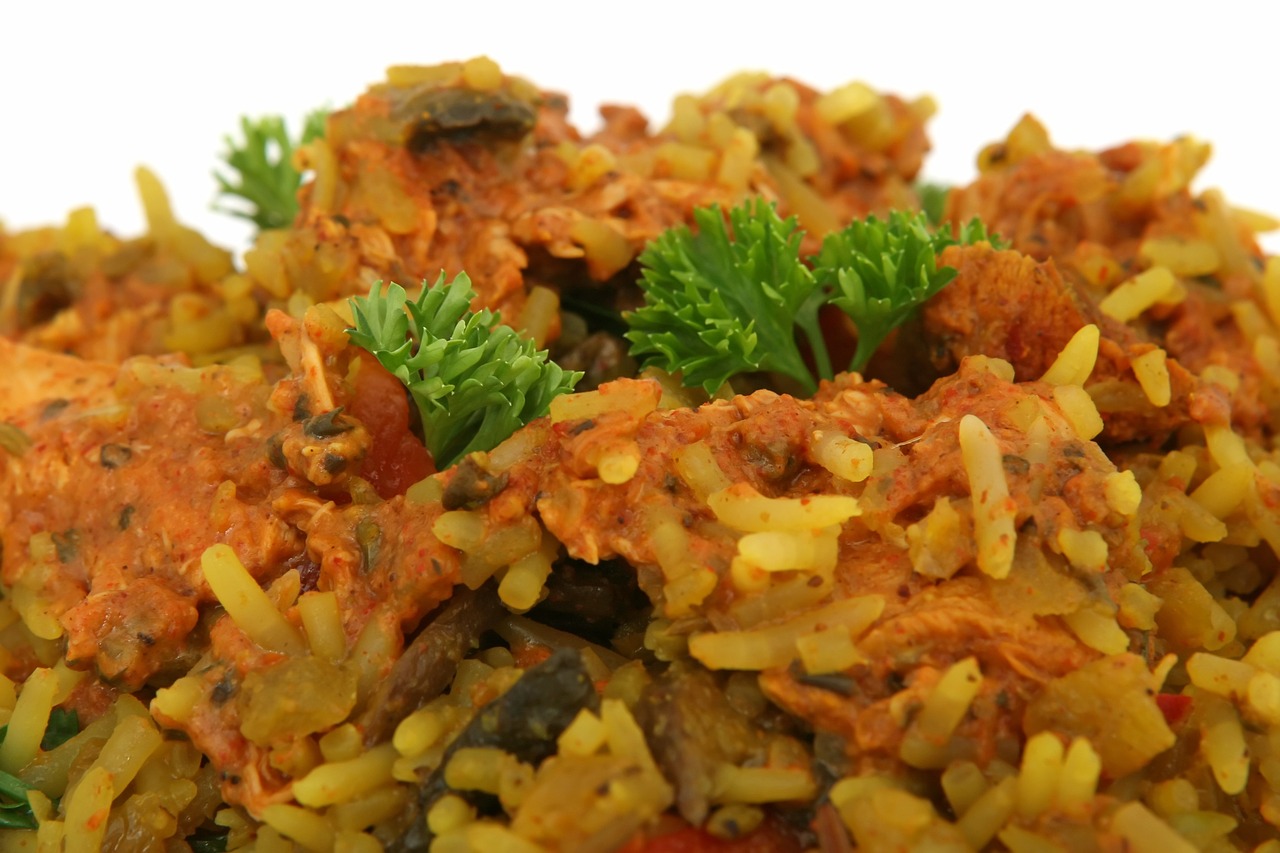 Choose your spices among the following - parsley, fenugreek, cumin, coriander (cilantro), turmeric, cayenne, ginger, fennel, oregano, basil, or others that suit you. This recipe is vegan-friendly.